Happy Halloween 🎃 👻! With this spooky release, we've focused heavily on our internals and benchmarking performance metrics, so it's rather light on new features, but we still have some to show!

When moon initially launched, it required defining all projects using a map. In v0.3, we added support for globs to ease the burden of defining many projects. At this point, you had to choose between the 2 patterns, which wasn't always ideal.

To improve upon this, you can now define a map and globs using a 3rd pattern, like so.

The moon init command hasn't changed much since our v0.1 release, and with many new features and configurations over these last 18 releases, the initialization flow has fallen quite behind. We felt it was the perfect time to modernize this command a bit.

On top of automatically detecting settings from the environment, the command will also now prompt you with additional questions while configuring Node.js or TypeScript. Here's an example of this flow: 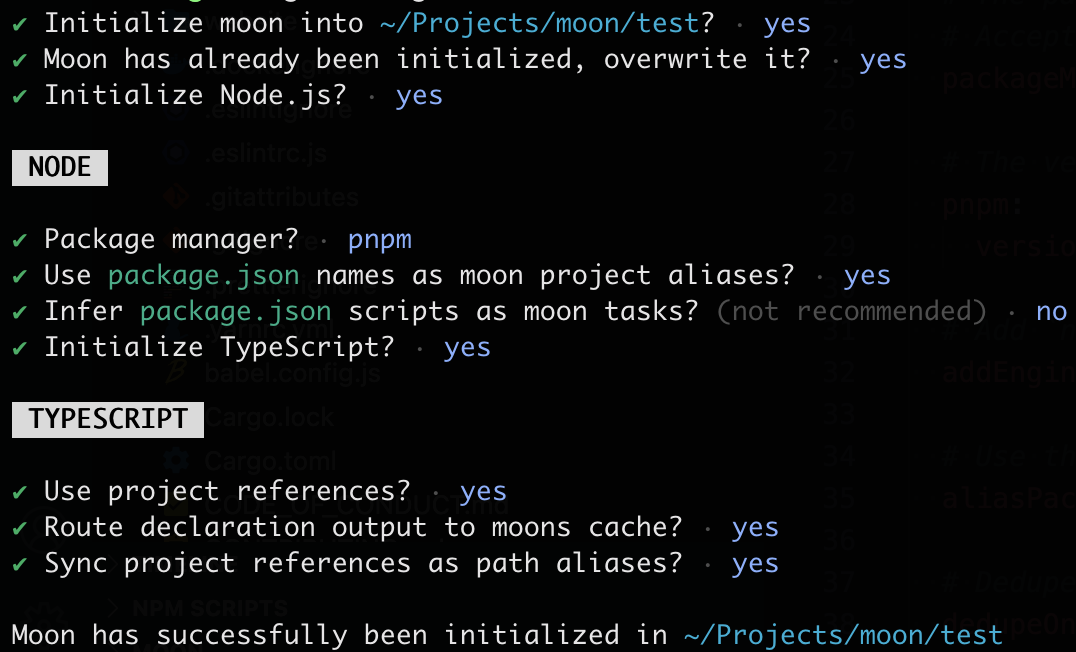 moon manages the Node.js binary in our toolchain, and runs all Node.js based tasks using this binary, instead of relying on the binary found in the developer's environment. Because of this, how node is executed is abstracted away from end users.

What if you wanted to use an experimental loader and execute TypeScript code at runtime? Or to preserve symlinks? Well, you couldn't... but no longer, as we've added a new setting, node.binExecArgs, that allows additional node CLI arguments to be defined, that will be passed to all executions.

Expect the following in the v0.19 release!