With this release, we've landed some new features that have been requested multiple times since launch. A code generation and template scaffolding layer, as well as implicit dependency scanning for the project graph!

Code generation is the staple of any large company or repository. Want to spin up a new application? What about an npm package? Or maybe third-party integrations? Avoid copy-and-pasting existing code, and instead generate it with the new moon generate command, which is powered by our new generator system.

The generator will locate a template by name on the file system ("npm-package" in the example below), prompt and interpolate variables, render the files with Tera (a Rust based template engine), and write the files to the target destination.

Learn more about code generation in the official guide!

This has been a request since moon's official release, and it's finally here! Up until now, if you wanted project-to-project dependency relationships, you had to explicitly declare them with dependsOn. But thanks to a ton of infrastructure and platform changes, we can now infer implicit dependencies automatically!

We still suggest using explicit dependencies, as it provides more automation like project syncing, but implicit is great for adoption and migration purposes.

We're fans of continuous and easily accessible feedback, and as such, have released a new GitHub action, moonrepo/run-report-action, which reports the results of moon ci as a pull request comment. The report looks something like the following: 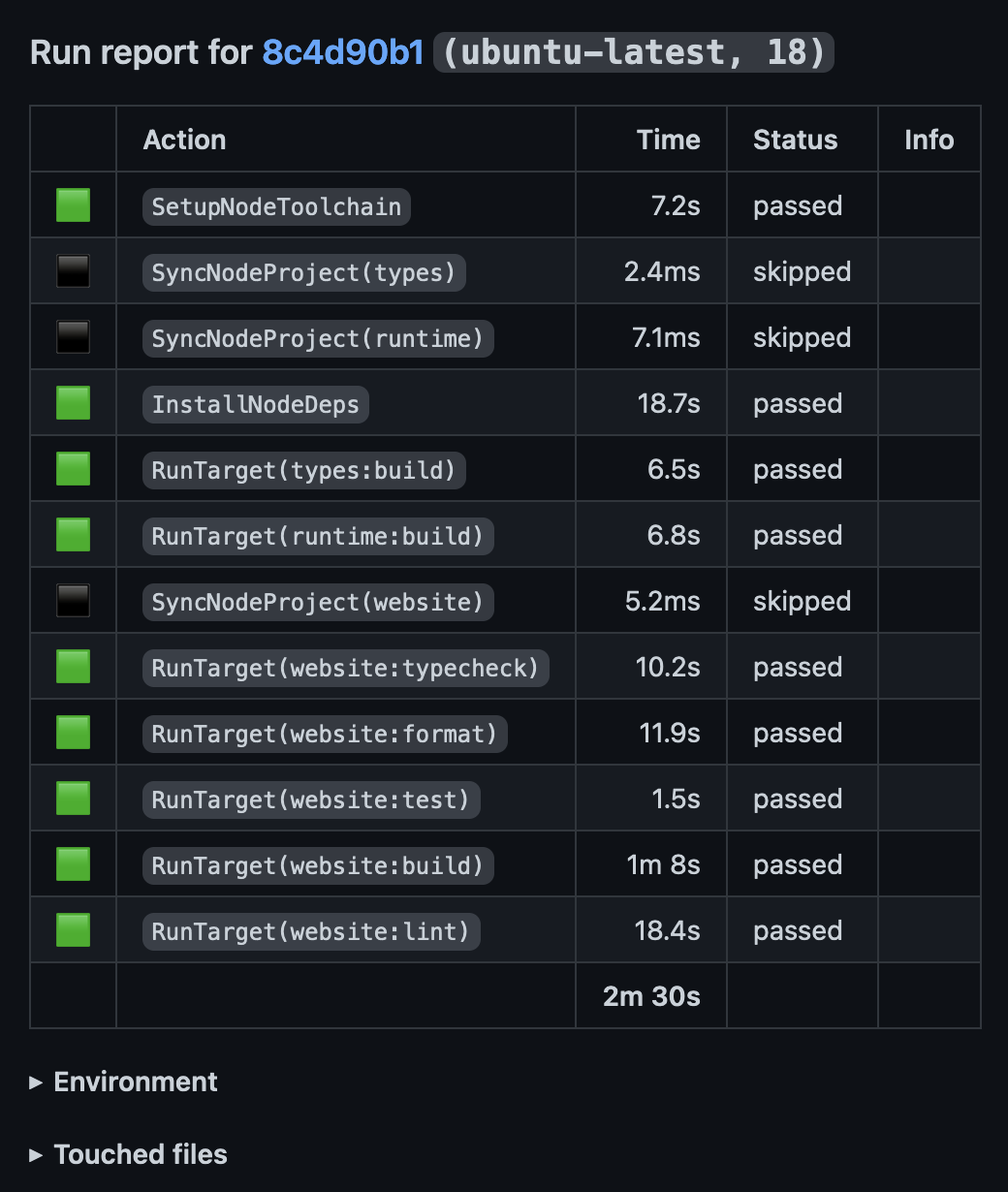 Expect the following in the v0.15 release!